Welcome to KCSoul.com your online portal to the African-American life and urban soul of Kansas City. Kansas City is known for jazz and barbecue., but KCSoul.com will give you that and much more as we explore the people, events and businesses in KC.

Kansas City has a great history which you can read below, but what’ more exciting are the new developments that will make Kansas City, once again, a leading entertainment market with robust cultural offerings.

As the name “Higher Ground” suggests, our focus is on creating unique experiences on a higher level, using customized and contemporary approaches to reach our market. We invite you to share in our journey of elevation or as we say—“Elevate Your Entertainment Experience”.

Giving back is important to H.G.E. In 1997, founder, Ken Lumpkins. started a 501c3, non-profit organization, Art & Soul, Inc. to support professionals and artists in all areas of entertainment. It’s a network of resources, advice, seminars and co-sponsor of leading urban arts initiatives in Kansas City.

In addition to managing some of Kansas City’s finest events, H.G.E. has worked for a plethora of clients and sponsors such as Clear Channel, House of Blues and BET, to name a few. Find out how you can benefit by an H.G.E. affiliation as part of our staff or through a business opportunity.

The site is powered by BlueSympony.com bringing you the best in web development. Email info@bluesymphony.com to get started with your web project.

About Kansas City…Reflections of the Past
Historically, the corner was a mecca for black Americans. Today, it symboizes the jazz era that flourished in Kanas City between 1920 and World War II. Of the areas historically identified with Kansas City’s black populations, 18th and Vine is the only one retaining sufficient continuity to recal the early evolution of the city’s black culture.

Buck O’Neil, a former Kansas City Monarch and the first African American coach in Major League Baseball, says he remembers feeling like a king when he frequented Vine Street during the Monarch days.

“Here I was sing, young, playing with the Monarchs and had a pocket full of money,” O’Neill recalls. “You’d see Billie Holiday walking down the street, eat brakfast with Dinah Washington and run into Count Basie at the hotel.” Kansas City Magazine June 1997.

Jay McShann
“We would close a 1AM, 1:15...but the rest of the clubs in Kansas City went twelve hours. Some guys go to work playing at seven in the evening and get off at seven in the morning. And that’s how I got a chance to meet a lot of the musicians and a lot of the club owners. I was getting’ off at 1:15 and I had all that time to go by this club and that club and listen. Piano players in K.C. weren’t jealous. No, they shared. You come in there and watch, he ain’t gonna hide back. He’s gonna go and on and play. ‘Cause that’s what it was about in Kansas City: go ahead and play.

See, the town was wide open. Gambling, prostitution. I never did follow that too hard—I was checkin’ on the cats, ha ha—but it was there if you wanted to partake of it. A lot of these clubs never closed They statey open 24 hours a day. Seven o’clock in the mornin’ you’d look up and see bunch of guys sittin’ at the bar drinkin’. About 7:15 they’d all be over in this corner drinkin’. And they’d clean all down the bar there. In another fifteen minutes they’d be back up at the bar drinkin’. Heh he he. They never did close.

At 18th and Vine, there was a club on each side of the street Wolfe’s was on one side of the street; Hymie’s was on the other side right across fro Wolfe’s. Pete [Johnson] would come out of Hymie’s and go right over to Wolfe’s. Leave Wolfe’s and go right over to Hymie’s. Right down the street they had another club upstairs there and Lucille’s too. That was four clubs right in there together. You’d fine one club all full and packed. The next hour the next club would be full and packed. It’d just go around like that. People’d make the rounds and catch everything.” Jay McShann Living Blues magazine

Beyond Music
The significance of 18th and Vine extends far beyond a single intersection and the mythology o the prewar jazz era when famous musicians haunted the streets and sidewalks. It represents the hopes, dreams and history of a segregated minority that fought for equality.

The black community in 1919 had its own YMCA, political organizations, civic club, two hospitals and, of course, a newspaper. Trolley cars took people to and from the intersection and taxis raced through the district.

Between 1900 and 1930, Kansas City’s black populations increased substantially because fo the migration from rural southern areas. From Ninth Sreets south to Twenty-Eighth Street and from Troost east to Indiana East. Kansas ity’s blacks created a legacy of prosperous businesses, substantial residences and educational institutions. The people who settled the 18th and Vine community were professionals. 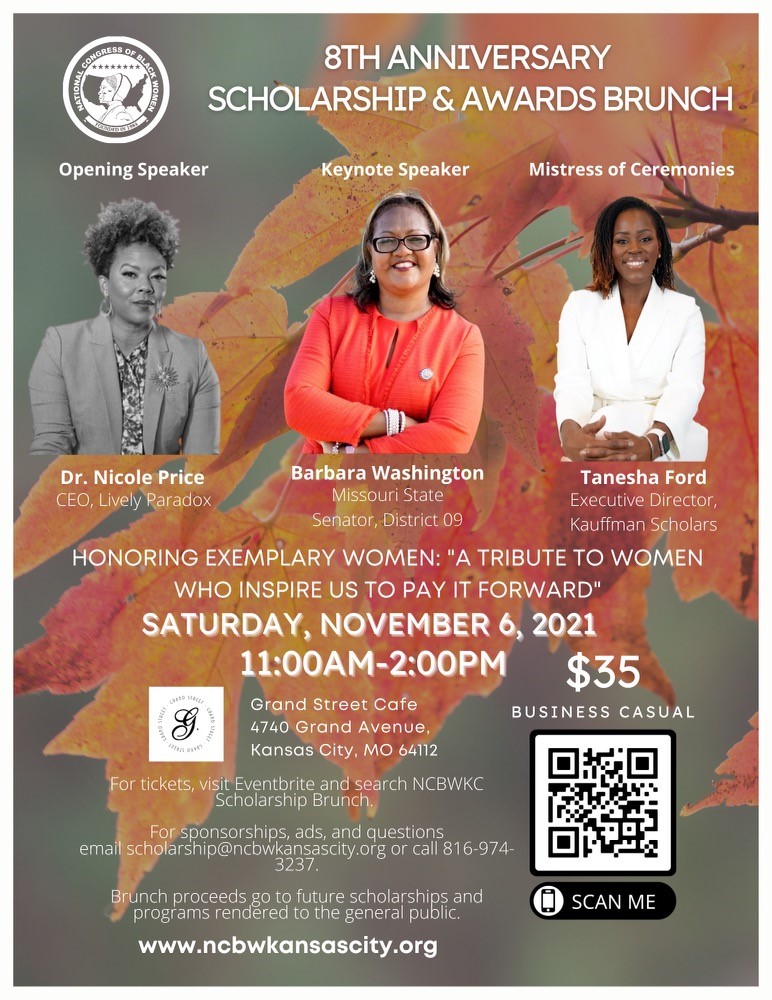